No Political Party Has Any Formula For The Situation In Nigeria – Rt. Rev. Prosper Amah 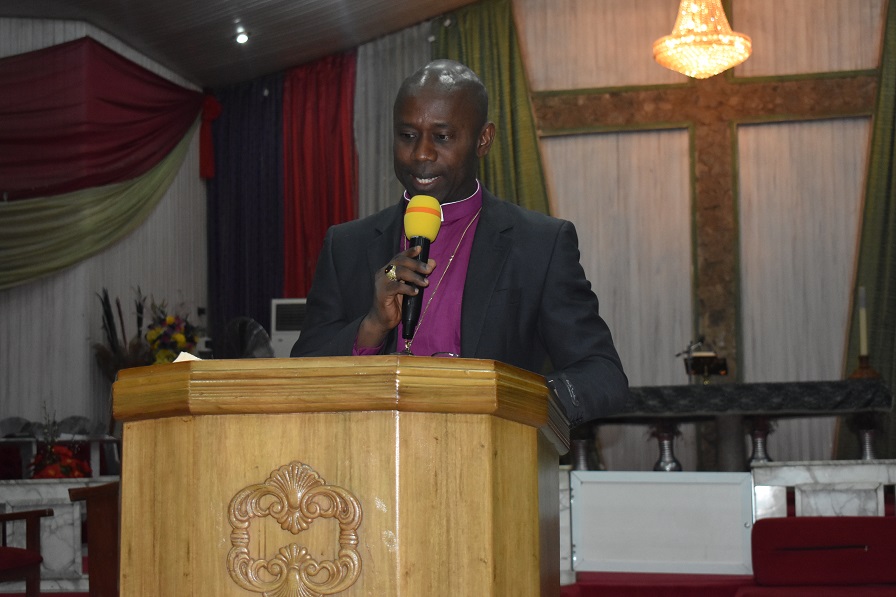 The world is evil, man has removed everything from God, they have taken over not knowing that the desires of their heart are granted by the all knowing God.

The Rt. Revd. Prosper Afam Amah of Ogbaru Anglican Diocese submitted this at the Revival Session marking 2018 Carnival for Christ of the Diocese of Abuja Anglican Communion at All Saints Church, Wuse Zone 5, Abuja. Speaking on the topic “By strength shall no man prevail,” he said apart from God man can do nothing because he created time and space set out time; hence he must be involved in everything and desires of God shall come to pass in form of divine spiritual favour without doubting.

He narrated the hitherto barren case of Hannah and how God visited her in a miraculous way adding that it is not by power that David defeated Goliath but by the Grace of God. He dwelt heavily on the narration of the Goliath and David saga. He urged his listeners to steer clear and let God take over like Hannah and David did and how they resorted to seek the face of God in prayer in the highest level of fasting and making a vow and something good happened having relinquished the hopeless situation to God.

The Bishop of Ogbaru Diocese laid all emphasis at his disposal that God can intervene in a hopeless matter noting that the race is not for the swift and the battle to the strong, but the owner of time and tide who has grace at his beck and call, the unmerited favour.

He said with sound conviction that the richest man on earth is not the strongest, handsome or most educated man, but that God will always have mercy on who He will have mercy; adding that it is not by position of power for by strength shall no man prevail.

He prayed that God will open the eyes of His people, so that they can see properly from God’s perspective with view to acting properly.

The Cleric said the situation in Nigeria, no political party has any formula, but except God sends help everything will just be Abracadabra; adding that God has a way of turning things around in Nigeria for people’s good and favour.

He burst into songs of praises carrying along the congregation in dancing and wriggling of bodies, then prayers followed.

He prayed for the Nigerian Nation, the Church, individual intercessory prayers and deliverance over affliction of diseases.

That was the first night of day one of the 2-day Carnival for Christ 2018.  It was a night to remember.