Nigerian Indices Are Poor, Eagles Are Not Flying Because Youths And Women Are Discarded – Mrs Funke Baruwa 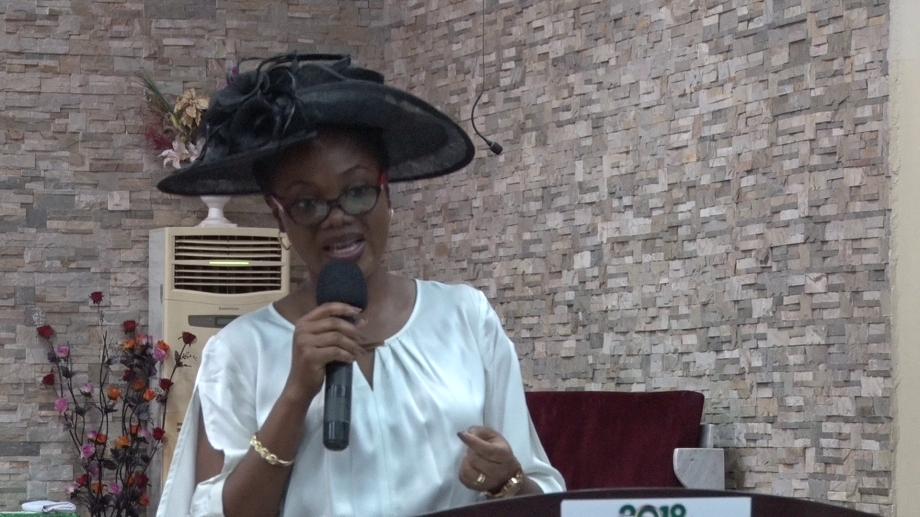 The United Nations measures the development of a country in any part of the world by how the marginalized groups are treated, women, the disable, IDPs, for when the wicked rules people groan and when the righteous rule people rejoice. (Proverbs 29:2)

Mrs. Funke Baruwa, Project Management Specialist United States Agency for International Development (USAID), stated this at the Basilica of Grace Church Apo Venue of this year’s Symposium marking series of programmes earmarked for the 2018 Carnival for Christ, an Annual event of the Diocese of Abuja Anglican Communion.

She said the indices of the country are poor and the eagles are not flying as a nation because of the way the Nigerian youths, Children and women are treated, especially when it comes to access to social amenities. She quoted profusely from the Bible where recognition was given to young people e.g. Phoebe etc. She said we live in a society where women are placed to be subservient adding that, that narrative must be changed and encourage women to go for leadership positions, including wrong language the society uses for Politicians. If the narrative is not changed, she opined that women will be scared to aspire to position of authority.

Mrs. Baruwa said Politics has permeated everything, the Church, women, antenatal politics affects everything and people cannot stay by the side line. She gave the example of Deborah the prophet in the Bible (Judges 2: 16) to corroborate the fact that Christian women can join politics, even Esther was used to save the Israelites. She talked about Timothy, a young man who compelled people to pray for government. She gave many reasons why Christians must not shy away from politics, because it is unavoidable. She said people are suffering in Nigeria, and the government promotes evil and Christians should not stand aloof or distant themselves because they don’t want to be smeared because they are Christians. She said the Church must encourage women and change the narrative, because Christian young men and women can lead; adding that Anglicans can impact on the society just as Christians did for Donald Trump. She said that faith without work is vain, adding that Christians must back faith with action by forming a Christian Political Party, if the ones on ground are not appealing. For according to her, they are running against time and they should not allow anybody to edge them out of the game so that they will not have themselves to be blamed. The energetic woman went down memory lane, quoted from the scriptures by doing comparative analysis from all the books in the old Testament to the New Testament treating morality, integrity, empowerment, social responsibility, equality, governance, wisdom, power, restoration of authority righteousness, punishment, abuse of wealth public consciousness, justice, responsibilities, freedom, God’s care social priority, absolute authority of God, unified humility, dignity of labour, equality of all people, Dominion of the Kingdom of God above earthly empire.