WIVES’ SUBMISSION TO THEIR HUSBANDS IS NOT A MATTER FOR DEBATE – MRS. OKOH 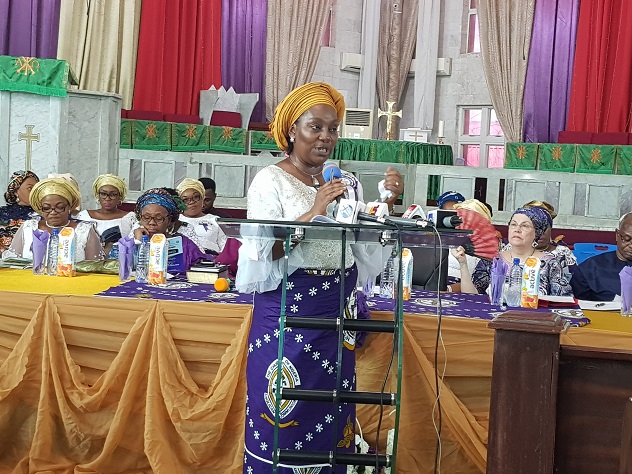 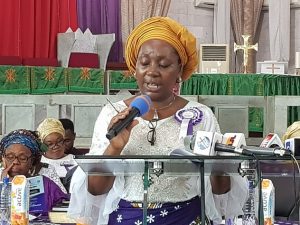 The wife of the Primate of all Nigeria Anglican Communion and President Women’s Organizations of the Diocese of Abuja, Mrs. Nkasiobi Okoh has spoken up against the new generation movement that disputes the submission of wives to their husbands. She said, “Wives are to comply with their husbands in their homes because this is the way God wants it. It is not a matter for debate.”

Mrs. Okoh made this known while delivering her Presidential address to the 20th Diocesan Women Conference held at St Matthew’s Church, Maitama, Abuja. Speaking on the theme for the Conference, “The Light of the World,” she pinpointed several ways through which women and wives can be lights of the world in their homes. She said women are to serve as examples to their children and not allow other gods such as fashion, take the centre stage in their lives.

She highlighted several definitions of light, pointing out that the absence of light produces darkness in the form of hatred, murder, insecurity, confusion etc. Mrs. Okoh noted that if light is important in the natural form, it is more so in the spiritual realm; which according to her is why Jesus Christ came, so that by His light, Christians may overcome all forms of darkness in them and in the world around them.

On national issues, the wife of the Primate decried the level of insecurity in the country, describing it as alarming and too prolonged to the citizenry. She called on the Federal Government to secure the lives and properties of her citizens and properly equip Security Agencies to defend her citizens. She described as a “joy killer”, the delay in the full implementation of the approved minimum wage, urging the government at all levels to do the needful. She called for the provision of adequate and stable power supply, improved roads and jobs for the youths in the country; stating that this will enhance the standard of living of Nigerians, boost the economy and reduce the migration of Nigerian youths in search of greener pastures.

In an interview with the press, Mrs. Okoh called on the government to do more to protect the girl child and charged mothers to be mindful of their children, knowing what they spend their time doing, praying for them and cautioning them when necessary.