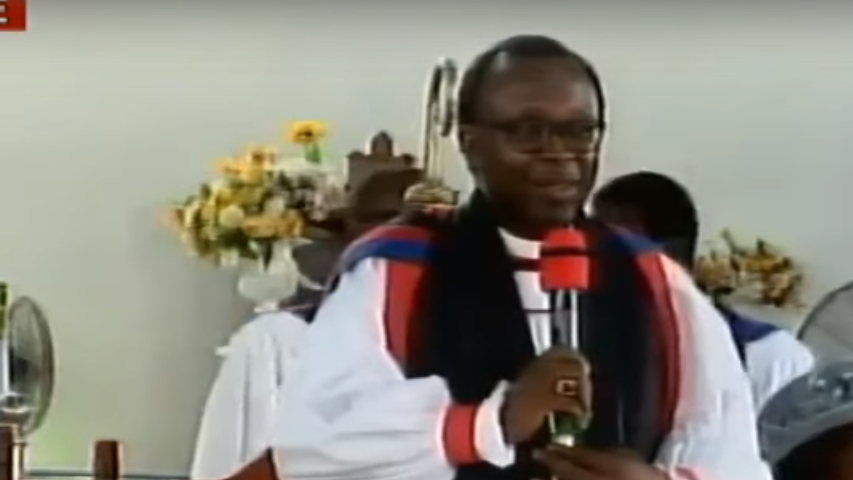 Nigerians have been advised to desist from negative depiction of events happening in the country and called on to stop packaging as breaking news, fake stories, while also flaunting bad news as if it is the new normal. The Rt. Rev. Olubunmi Akinlade, Bishop of Ife Diocese made this call while delivering his presidential address to the 2nd Session of the 10th Synod of the Diocese of Ife, Anglican Communion held at the Cathedral Church of St. Philip, Ayetoro, Ile-Ife in Osun state. The Bishop said the whole population is now a carrier of news, especially negative news, without realizing that spreading it can never be the solution.

The Diocesan decried the series of kidnappings in the country, noting that “Fulanization, Ruga, Herders, and Xenophobia are now words that have entered into our communal lexicon.” According to him, kidnapping has become a national dilemma and silence is the preferred answer of Nigerian leaders to all national questions confronting the nation.

He said, “The government seems to be overwhelmed by the problems of the country, creating the impression that they have nothing more to offer, even though they have just been elected. So, we are ruler-less, with no visible leadership in sight.”

Bishop Akinlade added that Nigerians may have reasons not to trust her leaders, but for the sake of the nation, all must work on them and work with them. He urged the Christian community to rise up in prayer and pray that God will be gracious and guide the nation to become a land of peace and prosperity.

The Bishop of Ife Diocese condemned the spate of suicide among students in the tertiary institution, calling on Church leaders to teach, and parents to train their wards, not to view suicide as an alternative option to whatever challenges they may be facing.

Speaking on the Synod Theme, “God’s winning formula for marriage: Love and Respect”, the cleric stressed that men and women are very different, and their needs as it relates to marriage are also different. He explained that God instituted marriage and has given man an instruction manual – the Bible that explains the role each party is to play in marriage. He pointed out that the man is to love his wife as Christ loves the Church and the woman is to respect her husband as the head of the home.

According to him, “Hierarchy in marriage is not male superiority, but male responsibility;” adding that a wife is called to defer to her husband in decision making, while praying to God that he will make the right decision because of his love for her and God.

To the husbands, the Bishop advised that they should listen to their wives, because it is practically impossible to understand women, even the one they love with all their heart; explaining that listening is likely to open up understanding between them, which will bring about peace in the home. He opined that a man needs sexual release, as much as a woman needs emotional release; therefore they both must fulfill their duties to each other for an enjoyable marriage.

The Rt. Rev. Olubunmi Akinlade observed that divorce in Nigeria may not be as rampant as it is in the Western World, but that many marriages in Nigeria are being endured rather than being enjoyed. Hence the theme, which he said, is a call for all to return to the Biblical balance in marriage, where husband and wife fulfill their roles, with the understanding that they both need each other.