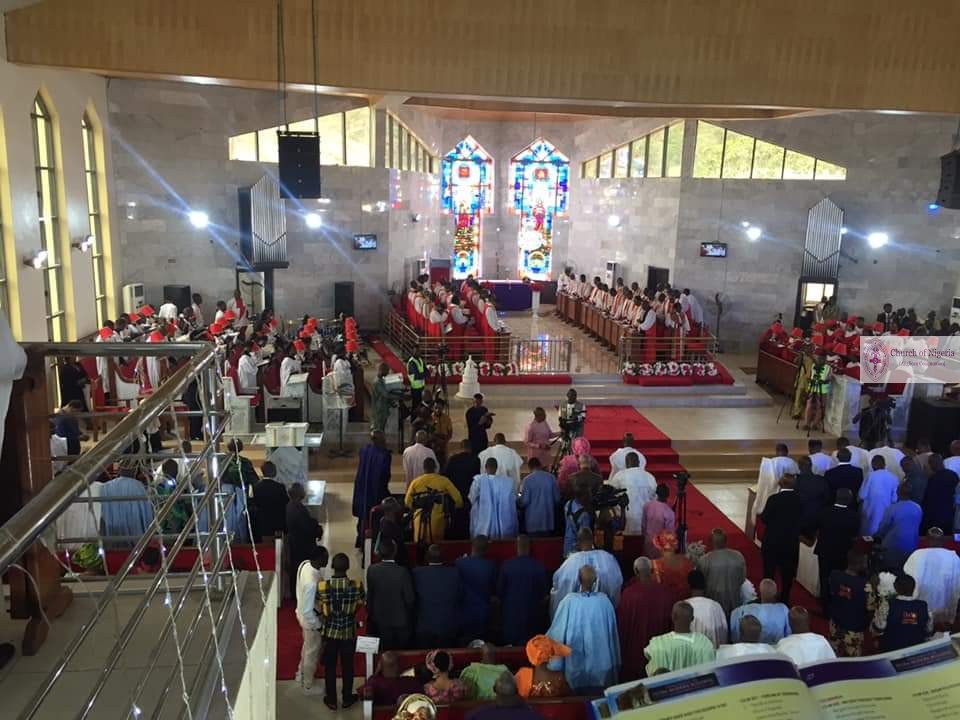 The fear of God is disappearing from the Church; the Church is fast becoming a social gathering of people and because of that, the power in the name of Jesus is not being felt in the Church.

These were the words of the Most Rev’d Nicholas D. Okoh, Primate of All Nigeria, Anglican Communion as he delivered his sermon at the dedication of the ultra-modern building of St. Peter’s Anglican Church, Ikere, Ekiti State, a church single-handedly built by Chief Wole Olanipekun SAN OFR and his family.

Primate Okoh said, “In most Churches in Nigeria, there is a yawning gap between the moral lives and spiritual claims of Christians, which makes it difficult for the power of God to move.”

He added that if the Church must recover the power that is in the name of Jesus in her midst, then the fear of God must be revived. Therefore, he urged all present to check their lives and ensure that the fear of God is present, so that the Church would not become just a social gathering.

The cleric said, “God cannot be challenged; what we give Him is what He has already given us.”

Primate Okoh opined that of all the achievements the senior advocate of Nigeria had made, the building of a Church is in a special class, because it is a deed that is shining before God.

He defined dedication as the setting apart of a thing or a person for a specific use; adding that after dedication, anyone who misused the things which were dedicated is committing sacrilege. The Archbishop pointed out that the new Church and the things therein have become separated unto God, as a result of its dedication and therefore, it cannot be a venue for disco or any other activity that is contrary to the word of God. He added that the Church had become a house of God and a house of prayer, God’s own colony and embassy; hence, it must be kept sacred.

He said, “It is God’s house, not that of any Primate, Archbishop, Bishop or even the donor. The Church has been handed over to the Church of God and the Church reserves the right to order it according to the Anglican tradition.”

According to him, “Anyone coming to Church must come with humility, as a creature coming to meet the creator; because apart from Him human beings are nothing.”

He said Christians humble themselves, so that God may lift them up.

The Most Rev’d Nicholas Okoh appreciated Chief Wole Olanipekun SAN OFR and his wife for their donation and prayed earnestly for them. He however stressed that all the Church owed him, is prayer.

Also speaking at the event, the Vice President of the Federal Republic of Nigeria, His Excellency, Prof. Yemi Osinbajo SAN described Church planting as the most important aspect of evangelism and discipling. According to him, it is not enough to just speak to people about God, they also need a place to be discipled. He appreciated the celebrant for his donation; explaining to him that the fees he would earn for the building are eternal and it would answer for him in heaven.