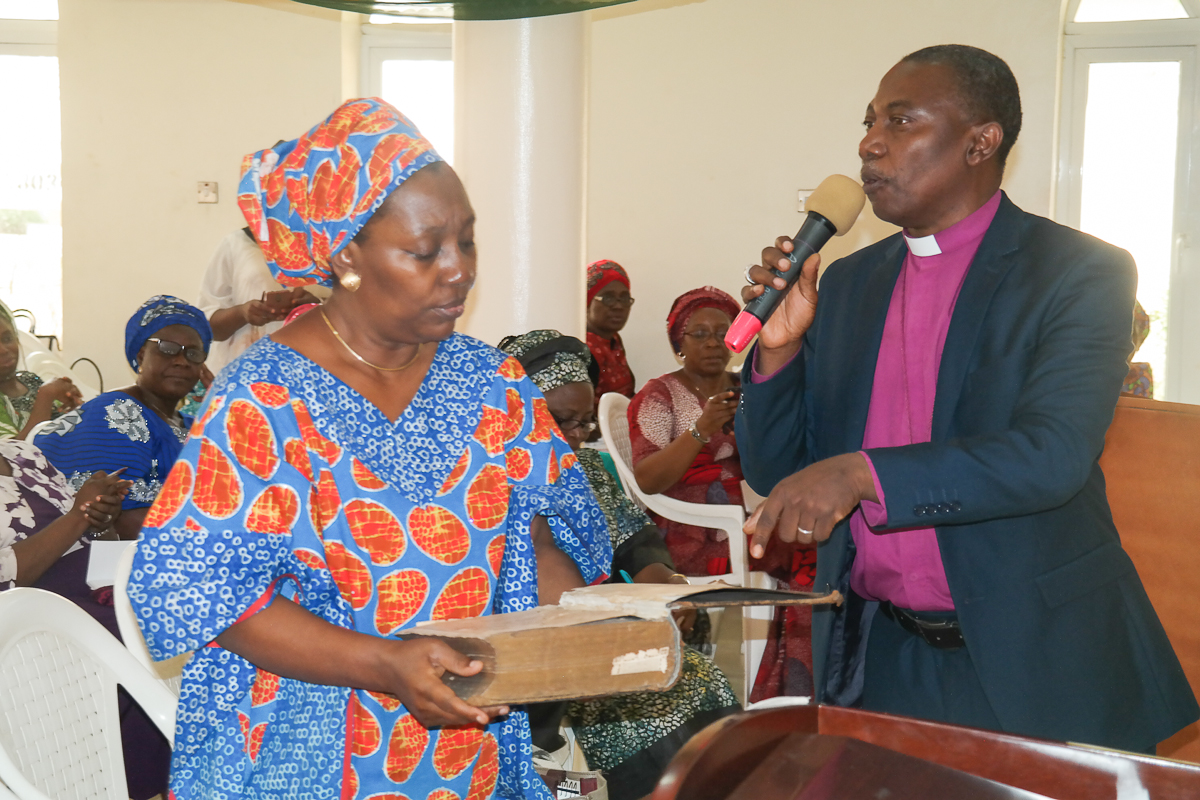 Christians have been admonished to work with resources available to them in carrying out the work of evangelism. The   Bishop Theologian, Church of Nigeria [Anglican Communion] and Vice- Chancellor, Ajayi Crowther University Oyo, The Rt. Rev. Professor Dapo Asaju, gave this admonition while addressing a retreat for Archbishops and Bishops  wives held at the University. Bishop Asaju , who spoke on the theme of the retreat, ‘Bishop’s wife as a steward’, said evangelism is the first stewardship assignment for all Christians.

The retreat, hosted by Ibadan Ecclesiastical province of Church of Nigeria, was held at Ajayi Crowther University, Oyo.

He told the wives of   Archbishops and Bishops that they should be at the forefront of moves  in evangelizing their dioceses because they have the same responsibility as their husbands in that respect. Taking his texts  from  Mathew 25: 14-30 and 1cor. 4:1-5, he stated that God had endowed every one with a measure of talent to enable the person to operate. He, therefore, urged them not to complain about lack of resources, but should learn to use whatever they have for the Great commission.

‘Work with what you have, do not complain that you come from a poor diocese, that those who come from a rich diocese have a better chance to do the work. Work within the confines of what you have. In the parable in Matthew 25, the people did not get the same talents but two of them used what was given to them and made 100 percent, while one did not use his. Do not be like that one. Don’t complain about what was given to you, just use it to the best of your ability ‘ he told the participants.

He reminded them that God will eventually demand an account of  what they have made of what has been entrusted into their hands. He also told them to pray for the sick and represent their husbands effectively.

Professor Asaju also used the opportunity to tell the participants about Bishop Samuel Ajayi Crowther, whom the University is named after. He said Crowther was a great evangelist who took the church to Eastern Nigeria and parts of Niger Delta areas, and translated the bible into many Nigerian languages. He said Crowther was a good evangelist, worthy of emulation. He also told them about the developmental strides going on in the university, stating that he was doing his best to take record of the academic and infrastructural developments that have taken place under his watch as Vice-Chancellor. He advised them to encourage their husbands to also take such records in their diocese for the sake of posterity, stating that human beings have a tendency to forget the past  easily. He stated that apart from roads in the University that have been tarred, new academic programmes that have been mounted, his tenure has also seen the construction of over 30 new buildings in the University.

The wife of the Archbishop, Metropolitan and Primate of All Nigeria, Mrs. Nkasiobi Okoh, cut the tape to  dedicate one of the newest buildings in the University called Shepherd’s Inn, a 83- room guest house, at the tail end of the retreat. At the end of his ministration, Mrs. Nkasiobi Okoh, prayed that God will strengthen him and give him the enablement to do more exploits for the kingdom of God.  The retreat, which began on Thursday January 3, 2019, ended on Sunday January 6, 2019.