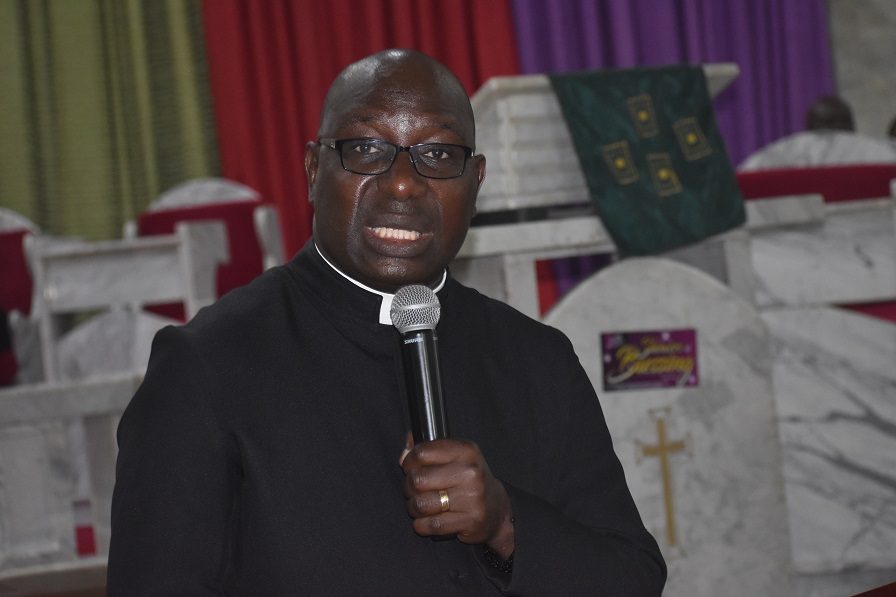 Life has been described as a borrowed garment given by God and can be taken at any time without any consultation, because only God has the exclusive prerogative to do it and nobody can question or investigate him.

This was the submission of the Venerable Ephraim Akanya, the Supervising Priest of Gwarinpa Archdeaconry, Diocese of Abuja while delivering his sermon at the Service of Songs held in honour of the Rt. Revd. Anga Fred Nyanabo, the pioneer Bishop of the Diocese of Northern Izon in Bayelsa State, Ecclesiastical Province of Niger Delta.

The Cleric who took his text from Psalm 89 said the expectation of God is for man to live forever, but sin brought death when at the fall of man, man lost the likeness of God but retained his nature, his image.  He said death is inevitable, it is the end of every man when the prayer of longevity will stop.

He showered encomiums on the late Bishop Nyanabo concerning his ministerial excellence and success in touching many lives, spending his whole life entirely for God.

Ven. Akanya said Bishop Nyanabo was a beacon of light to those who came across him, a perfectionist who is not known for shoddy works but evangelism, serving and living for the Lord.

He testified that the late Bishop saw many crowns before his death at the age of 70 years adding that the righteous ones are taken away before the evil day.

According to the Preacher, the late Bishop Nyanabo was a level headed man, humble to a fault adding that he worked closely with him before he became Bishop from Abuja diocese.  He said today, tomorrow, will determine our fate whether we rest or suffer adding that life may be short, or long but what is said of us after death and where we spend eternity is paramount.  What gain is it for man to gain the whole world and lose his life, he asked?

The cleric urged the congregation of friends and well wishers including his wife and three children to examine themselves, fear God and fulfill His commandments, for it is appointed for man to die once and after death is judgment.  He said the life people live belongs to God and the best time to serve God is now, the best time to live with the family, spouse and children is now.

He concluded his message by saying that believers in Christ must be in tune with obedience to his commandments, confessing their sins and serve Christ with total surrender and commitment.

Many people came out during the beautiful evening service of songs to give testimonies about their interactions with the late Bishop Anga Fred Nyanabo who they described as a humane, gentle, soft spoken, pleasant natured man.

May his soul rest in perfect peace.