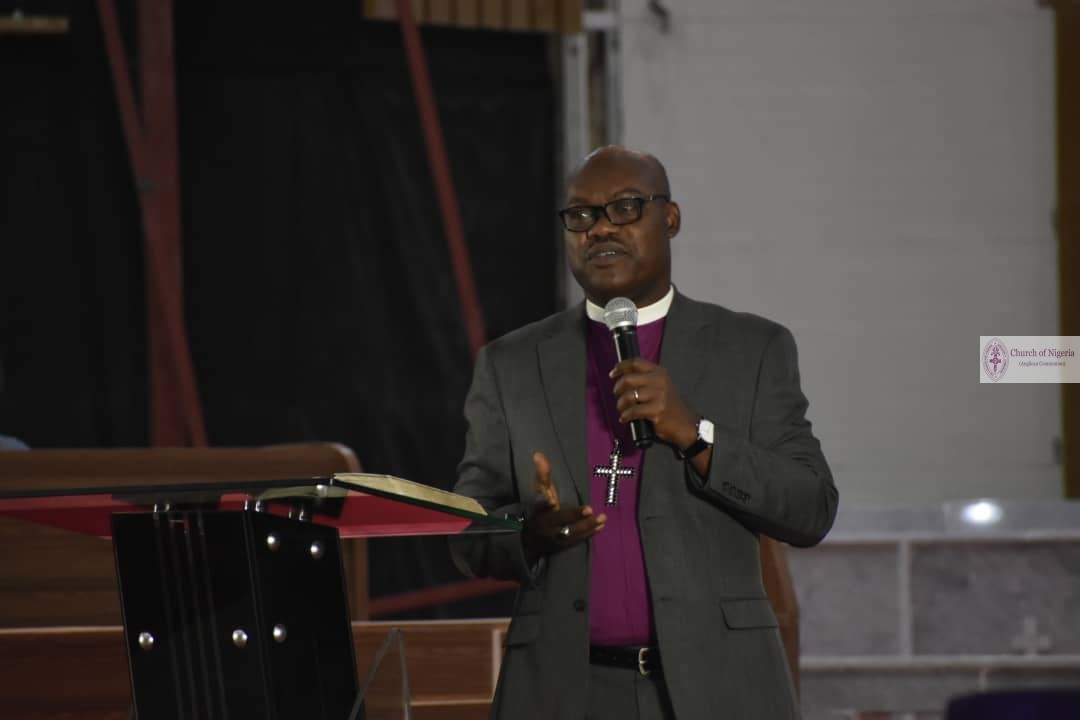 The Rt. Rev’d Dr Stephen Fagbemi, Bishop of the Anglican Diocese of Owo has opined that the authority and power of a believer is rooted in the name of Jesus, in the believer’s identity in Christ and in the believer’s personal encounters with God.

He made this known on the day three of the annual Lenten meditation programme of the Diocese of Abuja tagged, “The Way of the Cross”, which was held at the Cathedral Church of the Advent, Life Camp, Abuja.

The Bishop who spoke on the topic, “The authority and power of the believer”, pointed out that Jesus Christ is the only one who has all the authority, which is why one must come under His authority to be able to exercise power and authority over situations. According to him, the problem of many believers today is that they depend on the authority of their pastors, disregarding the authority and power that Christ has made available to all who believe in Him. Thus, he said that unless Christians recognize the authority they have in Christ Jesus, they cannot move forward.

The erudite scholar explained that it is important for Christians to acknowledge how valuable they are to God and the privilege of being called by Him. He said when God calls, it feels as if the future is uncertain, but blessed are those who hearken to His call, for He would take them from one level of glory to another.

Bishop Fagbemi said, “God gives us grace, He saves us, so that we can go into the world and serve Him faithfully.”

He stressed that when Christ calls, it is for a particular business and not for fun. Therefore, he charged all present to pray to be faithful servants of God, because according to him, all who have received Christ have been given the power to be called children of God and the right to exercise His authority on earth.

The Bishop of Owo Anglican Diocese noted that the conversion of a soul is very important to God and therefore, Christians are to go out and do exploits for Jesus. He said authority allows one to step out, without fear. Hence, he implored the members of the Church to step out in confidence, because He who has called them has promised to be with them always and has given them the authority to overcome all the powers of the enemy.

The Rt. Rev’d Dr Stephen Fagbemi concluded with a charge to the congregation to be filled with the word of God, because the power of the word is the authority and power of the believer. He said if a person must exercise this power, such a person must submit to God and not allow sin to dwell in him or her.

As it is the norm, the Primate of All Nigeria and Bishop of Abuja Diocese, the Most Rev’d Nicholas D. Okoh, who is the initiator of this Lenten programme, rounded off the event with a charge to everyone to be part of the programme, in both body and soul.