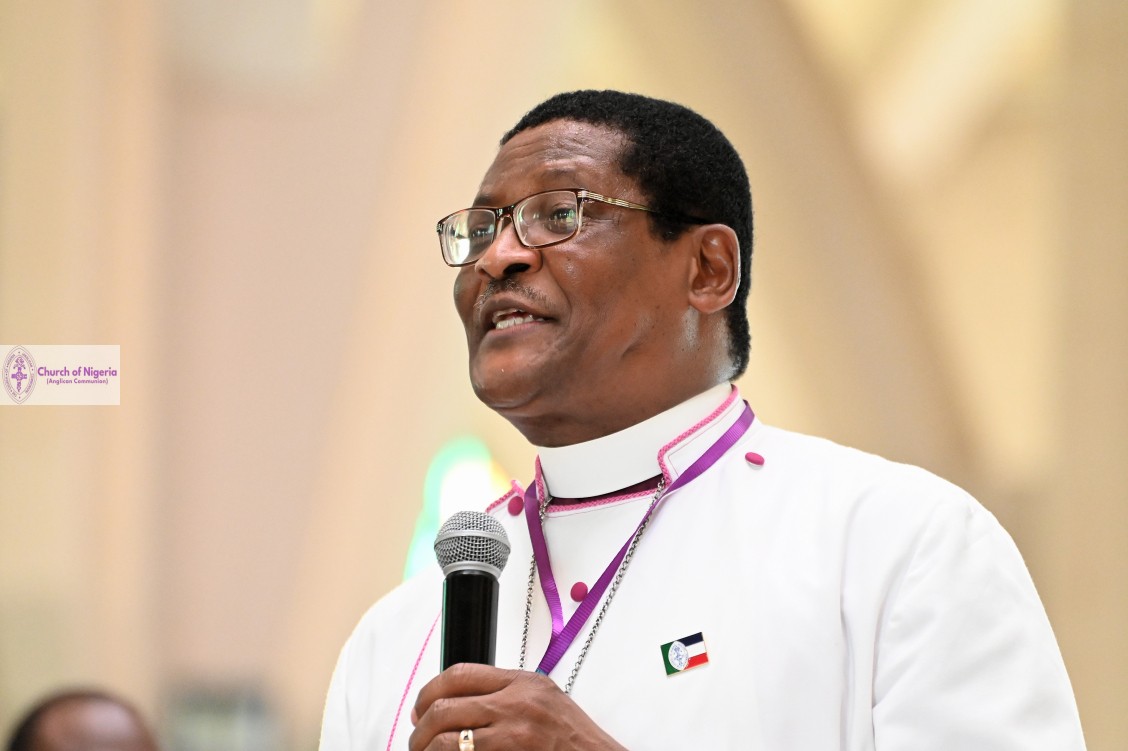 Primate of the Church of Nigeria (Anglican Communion), Most Reverend Henry Ndukuba has condemned the recent attack by gunmen on innocent worshippers at the St. Francis Catholic Church, Owo, Ondo State, describing it as evil before God and against natural justice. He said no one has the right to take another man’s life because he is not the creator.

At a press conference in Abuja, Ndukuba recalled the killing of Deborah Samuel, a student of Shehu Shagari College of Education, Sokoto, as well as the abduction of the Prelate of the Methodist Church Nigeria, Dr. Samuel Kanu Uche and called on the Federal Government to bring the perpetrators to account for their evils.

Scene after the terrorist attack at St. Francis Xavier Catholic Church, Owo, Ondo State where scores of worshippers were killed, maimed. Photo/FACEBOOK/rotimiaketi
He said: “It’s not because we cannot speak or do anything. We believe that there must be the rule of law even in the face of the most serious provocation. I do not know where we are heading. But let us make it clear that nobody or a particular group has a monopoly on violence. We believe in the golden rule. And what does it say? ‘Do unto others as you would like them to do to you.’ None of our people both Christians and Muslims would want to be attacked while they are worshipping God.

“We call on the Federal Government to do the needful. These people are not spirits. They are human beings, and they must be fished out and justice must take its course. We want to appreciate the fact that President Muhammadu Buhari has already directed NEMA to swing into action and bring some solace to the affected families. While we commend that, we want to say that nothing will assuage the sorrow and the pain of these people and families than justice. Let justice be done, let these people who are culpable be brought to book. I know that our security agencies are equal to the task because when they want to really do their work, they can do it. We demand, request and plead that those who have caused this harm should be brought to book.”

Commiserating with the affected victims and their families, Ndukuba urged Christians to be prepared to vote for a responsible government in the 2023 general elections.

“We commiserate particularly with the families that have been so much afflicted by what happened. We pray that the Lord will grant the souls of the departed eternal rest, and consolation and comfort to the bereaved families. We want to urge Christians all over the country to remain calm and continue to pray because what we are going through is actually an act that is targeted at degrading and possibly stopping the church from proclaiming the gospel of our Lord Jesus Christ. But unfortunately, they have missed the mark.

“Apart from praying, we encourage our people to engage and mobilise others for the forthcoming 2023 elections. This is an opportunity for us to make a clear statement about leadership in this nation from the local governments to the state and the Federal positions. Christians must be involved. If you do not like the way things are going, get involved. Let us make sure that we register for voting in 2023 and make sure that we vote.”