The Archbishop of Bendel Province, His Grace, Most Rev. Friday Imaekhai expressed appreciation and delight to welcome the Standing Committee to the Province and Warri in particular. 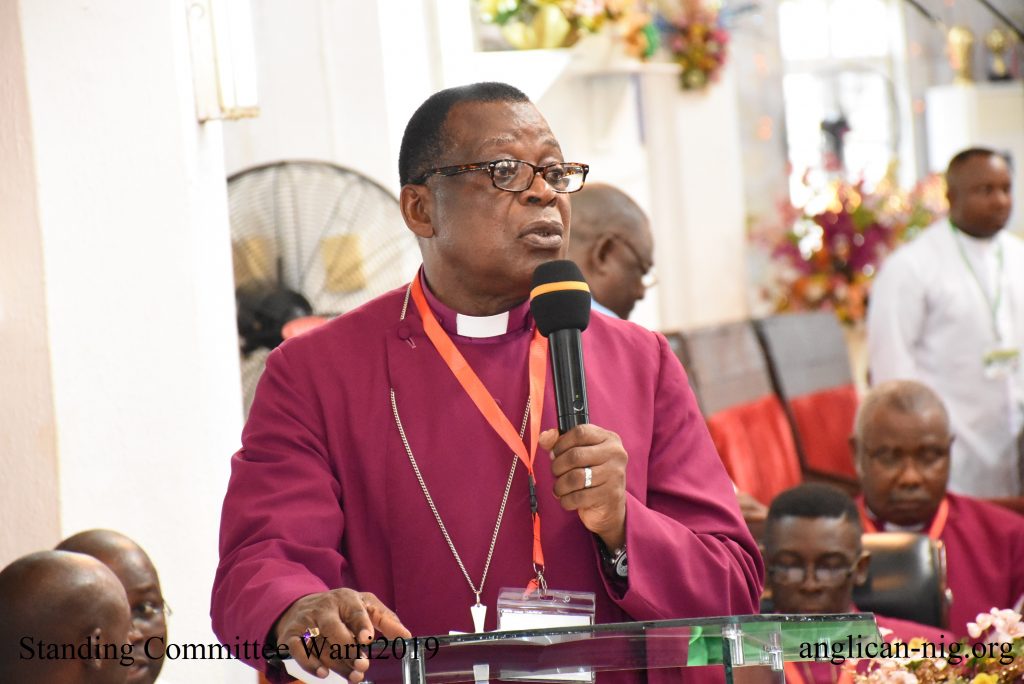 He said this was the third time they were hosting the Standing Committee.  The first was February, 5-9, 2013 in the Diocese of Benin; the second was 2-6, February, 2015 at Ughelli Diocese.  He listed the Dioceses that were make up the Bendel Province to include: Benin, Asaba, Warri, Sabongidda-Ora, Ughelli, Ika, Oleh, Esan, Sapele, Akoko-Edo, Etsako, Ndokwa and Western Izon.

The Most Rev. Imaekhai stated that the Primate’s choice of theme “The Lord is my Shepherd” is apt.  He referred to the period as “our worst of times in the historical development of our country“.  The Archbishop emphasized discipleship qualities of the followers relating them to the obedience of the sheep.  He says that in this time of grave socio-political, economic, religious and security challenges facing Nigeria, it brings to the fore the blessings we experience when we have relationship with the Lord as Shepherd as we follow Him faithfully…”

His words:  That this Standing Committee meeting.    David, Psalmist, through the Primate’s inspiration by the Holy Spirit, has come to admonish the Church to acknowledge  the Lord as our Shepherd whose continuous presence, love, care, provision and guidance are available to those that follow Him.