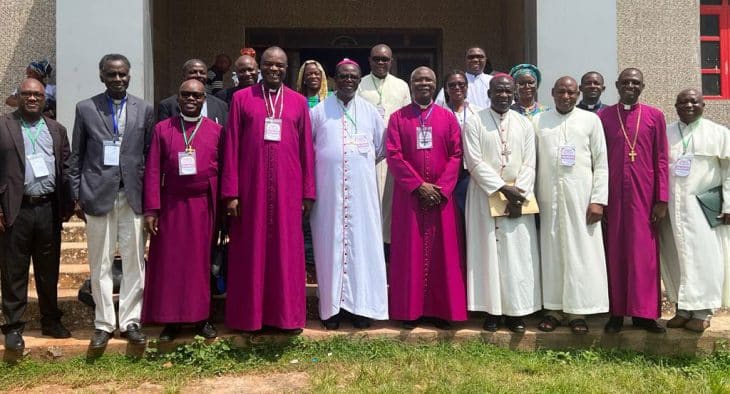 Speakers at the Nigeria Anglican-Roman Catholic Commission (NARCC) Conference for 2022, held at the Pope Francis Pastoral Centre in the Catholic Diocese of Lafia have resolved to work together to spread the gospel.

Speaking on the theme: “Anglican-Roman Catholic Relations — The Journey so far,” the Catholic Co-chair and Bishop, Catholic Diocese of Otukpo, Most Rev. Michael Apochi stressed the benefits of synergy.

In his opening address, the Anglican Co-chair and Bishop of Remo Diocese, Most Rev. Michael Fape enjoined the two denominations to spread the message of oneness to the grassroots, adding that the two should unify for effective evangelism.

Commending the church fathers’ initiative, Fape recalled that in 1967, the Archbishop of Canterbury, Most Rev. Michael Ramsey and Pope Paul VI collaborated to form the Anglican-Roman Catholic International Commission (ARCIC), noting that the meeting was not to identify which denomination is better or more authentic, but to see how the two denominations can foster evangelism and also sustain the commission.

The Primate of the Church of Nigeria (Anglican Communion), Most Rev. Henry Ndukuba, in his goodwill message, thanked God for making the union a reality after years of inaction.

He disclosed that the Nigerian Chapter of the commission was established in 2002 as a way of stepping down the discussions of the Anglican-Roman Catholic International Commission at the national and grassroots levels.

For the Director Missions and Dialogue Department, Catholic Secretariat of Nigeria and Co-secretary of the Commission, Rev Fr. Joseph Tile Nomhwange, the first meeting was held at Umuahia in 2003, noting that this year’s meeting is the 27th meeting in the series.