LITTLE FOXES, A POTENT WEAPON OF THE DEVIL – ARCHBISHOP CHUKWUMA 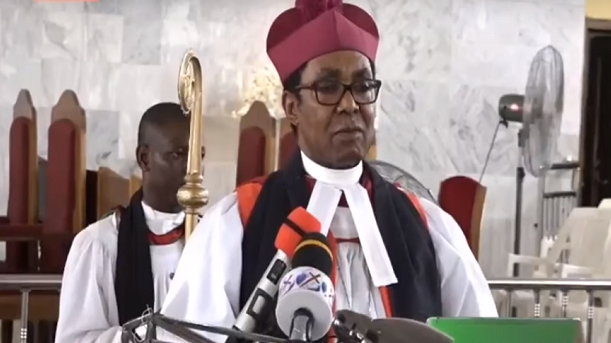 According to the Most Rev. Emmanuel Chukwuma, Archbishop of the Ecclesiastical Province of Enugu and Bishop of Enugu Anglican Diocese, “in most cases what chews away at our lives, what hinders our marriages, what tarnishes our testimony as a congregation is not some gross evil or deep dark depravity, but more likely a few little foxes that are running loose and doing their destructive damage.” He made this known while delivering his presidential address at the 2nd Session of the 17th Synod of the Diocese held at Ebenezer Anglican Church, Independence layout, Phase II, Enugu. The Bishop explained that these little foxes or little sins have the potency to affect the eternal destiny of any man, yet these foxes are often ignored and overlooked because people don’t expect it to cause much damage.

Speaking on the Synod theme, “Beware of the little foxes, a warning to present day Christians,” the Archbishop observed that the modern Church of God stands in danger of allowing salvation to slip away from poor neglect; because the present day Christians seem to be unaware of the presence of the little foxes that destroy their personal relationship with God. He said these little foxes undermine a believer’s love for God and service to God; adding that if left unchecked it gives room for the devil to go in and destroy.

Highlighting the characteristics of a fox, its cunning nature and ability to deceive its pursuers, Archbishop Chukwuma noted that foxes are small, but capable of causing irreparable damage. He narrated several stories to depict how destructive little foxes can be in the life of any individual, citing self-centredness, bitterness, un-forgiveness, thoughtlessness, procrastination, anger, laziness amongst others as examples of little foxes. He said false teachings that have creeped into the Church are examples of little foxes that are slowly destroying the Church and her relationship with Jesus Christ who is the head of the Church; further adding that the little fox of silence of Christians in Nigeria regarding matters that affect the nation, has metamorphosed into the rampant killings of believers across the nation.

The Bishop of Enugu Anglican Diocese said, “If we ignore the little things, they will someday grow up to be big things and present major problems.” Therefore, he cautioned Christians to be watchful and careful of these little foxes that damage people’s lives, families, Churches and the society; because according to him, ignoring these foxes will cause more damage to man and affect man’s relationship with God. He said if Christians are diligent in driving out these little foxes, their lives shall become more fruitful to the glory of God.

On the state of the nation, the cleric congratulated President Muhammadu Buhari on his re-election, calling on him to deliver on his “Next Level” promises to Nigerians. He said, “Next level must be distinctive with exploits and significant attainments by substantial improvement in health care, education, infrastructural developments and power sectors” and stressed the need for a slash in the jumbo salaries of the members of the National Assembly, explaining that these funds should be conserved for meaningful projects that are impactful to the masses. He said to secure a thriving future and serene atmosphere in Nigeria, the government must invest in children and ensure that every child is trained.