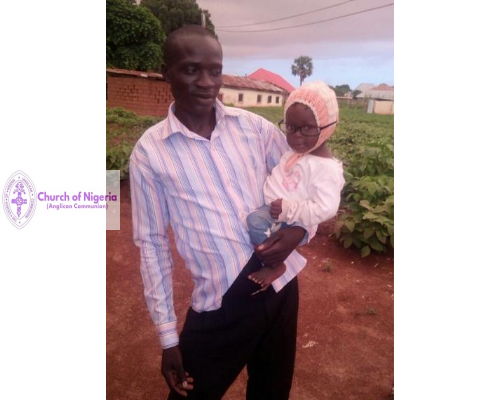 As jihad continues in northern Nigeria

Under cover of darkness the extremists come, planning to kill, maim, pillage and destroy in northern Nigeria. They surround the village and shatter the silence of the night with gunfire and menacing chants.

As the terrified Christians wake and try to flee, the militants attack and lay waste to the village, killing anyone they can find, stealing cattle, plundering food stores and setting fire to churches and homes. Such attacks are occurring regularly across northern and central Nigeria, leaving in their wake hundreds of Christian martyrs.

At least 6,000 killed in anti-Christian attacks

Since 2015, a surge of extremist violence in Nigeria has killed more than 6,000 Christians and forced almost two million people to flee their homes. Attacks on villages by heavily armed militants are filled with Islamic cries of “Allahu Akbar” meaning “God is great”.

Thousands of others were maimed, burned and kidnapped or forced to flee. “Persecution is real here. We are targeted because of our faith,” said one distraught Christian leader in Borno State in November 2019.

Another Barnabas contact told us in January this year, “Whether it is the continuous attacks of Boko Haram or Islamic State West Africa Province (ISWAP) or even Fulani militia, the fact remains that a full scale jihad has been launched against Christians in Nigeria.”

This is how a fellow Christian described the martyrdom of Pastor Lawan Andimi of Chibok in north-eastern Nigeria, one of the many Christians killed by extremists. Andimi was chairman of his local Christian Association of Nigeria (CAN) and a mighty man of God. He led thousands to the Lord, including many Muslims.

A Muslim convert himself, he began to follow Christ as his Saviour in 1980 and became a pastor. His testimony and powerful relationship with God saw him lead to Christ his own father-in-law, a prominent mallam (Quranic scholar) in Chibok, a town from where 276 mainly-Christian schoolgirls were kidnapped in 2014.

“I shall fear no evil”

Despite being in the “valley of the shadow of death” (Psalm 23:4), this courageous Christian did not give in to fear. Instead, he sent a poignant video message to his family, “Thank God for everything … I have never been discouraged because all conditions that one finds himself is in the hands of God. By the grace of God, I will be together with my wife, my children and my colleagues. If the opportunity has not been granted, maybe it is the will of God.”

Boko Haram killed the father-of-seven on 20 January.  He was one of at least 35 Christians killed by extremists in January alone.