SAME-SEX MARRIAGE IS NOT BIBLICAL SAYS OKOH; CLERIC SAYS EQUALITY IS IN FELLOWSHIP, NOT MARRIAGE 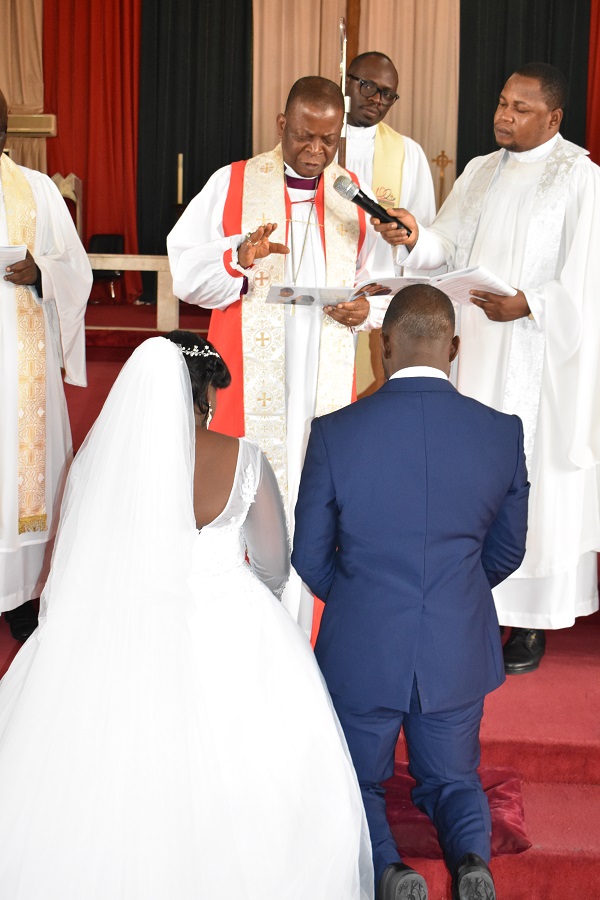 The Primate of all Nigeria Anglican Communion, the Most Rev. Nicholas D. Okoh has charged Christians not to be deceived or carried away by the theories being propagated about same sex marriage in the world today; explaining that man and woman are different and created by God to complement each other. He gave this charge at the solemnization of Holy Matrimony of the daughter of the newly consecrated Anglican Bishop of Oke-Osun diocese, the Rt. Revd. Foluso and Mrs. Henrietta Taiwo, who gave their daughter, Titilopemi Taiwo out in marriage to Adedayo Adewale at the Cathedral Church of the Advent, Life Camp, Abuja.

Primate Okoh said, “Let no one deceive you that this is a modern life; because there is no modern God, He is the same yesterday, today and forever.”

He said human life has changed in so many ways, but that the desire for a woman as a wife, remains the same. The head of the Anglican Church in Nigeria reiterated that same-sex marriage will never be accepted in the Church of Nigeria Anglican Communion, because the church believes in the Bible and in the power of God as creator. According to him, God had the power to create another man to have fellowship with Adam if that was what was lacking, but He created a woman and man became complete.

Quoting profusely from the scriptures, the cleric emphasized that marriage is permanent and therefore whom God has joined together, let no one or circumstance put asunder. He pointed out that there is no excuse for separation in marriage; adding that love assumes a higher meaning when it comes to marriage, because it takes on responsibility, pain and even sorrow. He admonished the couple that there should be mutual submission in their marriage; explaining that in a case where the wife has a superior opinion, the husband should not feel shy to accept it.

The Most Rev. Nicholas Okoh urged the couple to make their marriage ever fresh and live in obedience to God’s laws, so that when they pray their prayers would be answered and not hindered.

Meanwhile, in another service of Holy Matrimony at the Chapel of the Advent, Life Camp, Abuja, where the son of the Bishop of Oji-River Anglican diocese, the Most Rev. Amos Madu, Chukwunonso Madu was joined together in Holy Matrimony to Miss Cynthia Arundu, the couple were urged to love and reverence each other.

The Ven. Kingsley Obuh who preached at the joining noted that many who are not Christians desire Christian marriages, thinking to themselves that all it takes is to go to Church, select a spouse and be wedded by a Priest. According to him, such persons find it difficult to abide by Christian values and so it becomes a burden and a problem when they get married.

He said, “Marriage is not all about culture or family, but it is about the Bible and the Christian faith.”