Primate Ndukuba: What a year! 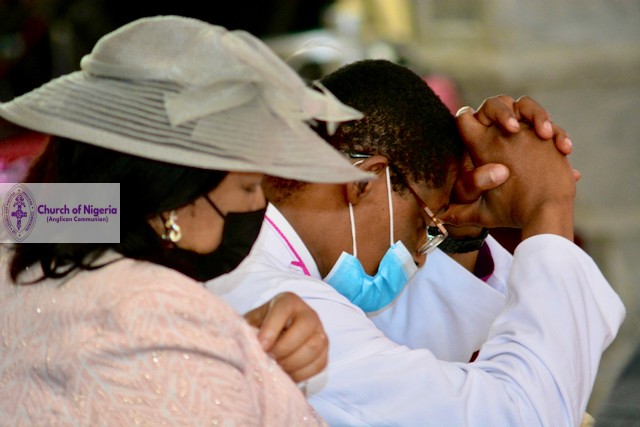 Primate Henry Ndukuba celebrates one year in office 25th March 2021 and what a year that had been for the Primate of All Nigeria and Bishop Metropolitan.

To start with, the Primate was enthroned in the midst of the Corona pandemic amidst the restrictions, curfews and lockdowns. The presentation and enthronement of the Primate was on invitation only. For those who know Nigerian celebrations with their pomp and pageantries, many felt robbed, by C-19, of the opportunity to sing, dance, pray and praise God with their Primate.

Primate Henry Ndukuba’s first year has been remarkable. The Islamist insurgencies against Christians and communities in central northern Nigeria, the kidnap of Christians and Church officials by Fulani Islamist Militias and the continuing destruction of predominant Christian villages and communities in southern Kaduna, Plateau, Nasarawa and Niger States have put tremendous pressure on the office. There are many Dioceses in the regions under attack by Boko Haram and Fulani Herdsmen Militias that have been working hard and building Christian fellowships. These churches with little or no resources now are caring for the displaced, the injured by these mindless attacks. Many children have been out of schools for years and the number of orphans and widows are still growing every week.

There is of course the determination to be resilient against the secularization and distortion and deviation from Scriptures to meet contemporary lifestyles and desires of some members of the Anglican Communion backed by Canterbury. This is a deviation the Church of Nigeria has gone against since Lambeth 2008. Ndukuba, like his predecessors, has already declared he will stand against persons and institutions, claiming to be a Church but go against clear Biblical standards and instructions. The use of agencies to pressure the Church of Nigeria, Anglican Communion into accepting same-sex relationships had escalated in Ndukuba’s first year in office.

While the war rages outside, there have been some challenges within as well. The passing away of some Bishops and the suspension of one due to alleged infidelity, tells the tale of the challenges of leadership for Primate Ndukuba. The concerns about youths restlessness due to neglect by agencies saddled with responsibilities for youth development in the country had called for the Primate’s intervention. There has been the major challenge of the slowing down of evangelism and missionary activities in regions suffering attacks by radical Islamic sects and specifically the Boko Haram terrorist group and Fulani cattle Herdsmen Militias.

Amidst all these, the Primate had to chart a clear course, a distinct path for his Primacy. The Anglican Communion, both local and global needed to see a clearly define vision and goals for the spiritual enrichment of the members of the family. Without flinching, Ndukuba strategically set deferent machineries running. The Church of Nigeria, in the last couple of months, had drawn out its strategic missions programmes. The Crowther Missions training school in Oso-Ogun was built and commissioned. A strategic Missions Board and team has been constituted and are already criss-crossing the country with its strategic missions expansion projects. The youths engagement projects has been rolled out and a national youth conference is already on the way.

A Board, saddled with the responsibility to plan build and execute an effective and qualitative educational institutional for the Communion has gone into its second phase of implementation. The Board’s charge include plans for a technical and skills training institution and a the training of medical workers to boost the health manpower needs of the Communion and the country.

Dioceses, from strategic developments meetings with the Primate, have already started working on blueprints for putting up agricultural development ventures which are both missional and training facilities for people within their regions to train and equip entrepreneurs as well as serve as mission platforms for engaging communities with the Good news of Christ.

It has been one year now, but a heck of a year also for Archbishop Henry Ndukuba. He had to intervene and add his voice and advocate on several national issues, the #ENDSARS protests by Nigerian youths against Police brutality, the challenge to the federal government on issues of insecurity, banditry and kidnap of school children, the advocacy for the victims of attacks and the call for justice all victims of oppressions, marginalization and attacks.

Ndukuba’s first year in office also recorded hundreds of conversions to Christ through different programs from his Diocese in Abuja. a number of new Churches have been established and mission and evangelism programs carried to sub-urban and rural communities around the federal capital territory.

Archbishop Ndukuba is no stranger to persecution and violence. He was targeted by Boko Haram and barely escaped with bullet wounds when he was the Bishop of Gombe. He had nursed his Church members and clergy and indeed presided over the funeral service of many killed by Boko Haram. Ndukuba, who will not be threatened by violence nor intimidated by any challenge, physical or spiritual has consistently said the Lord must have chosen him for a time such as this for a purpose and he has committed his life and surrendered it totally to the building of the body of Christ. His Primacy therefore will be known as the “decade of the reign of God.”