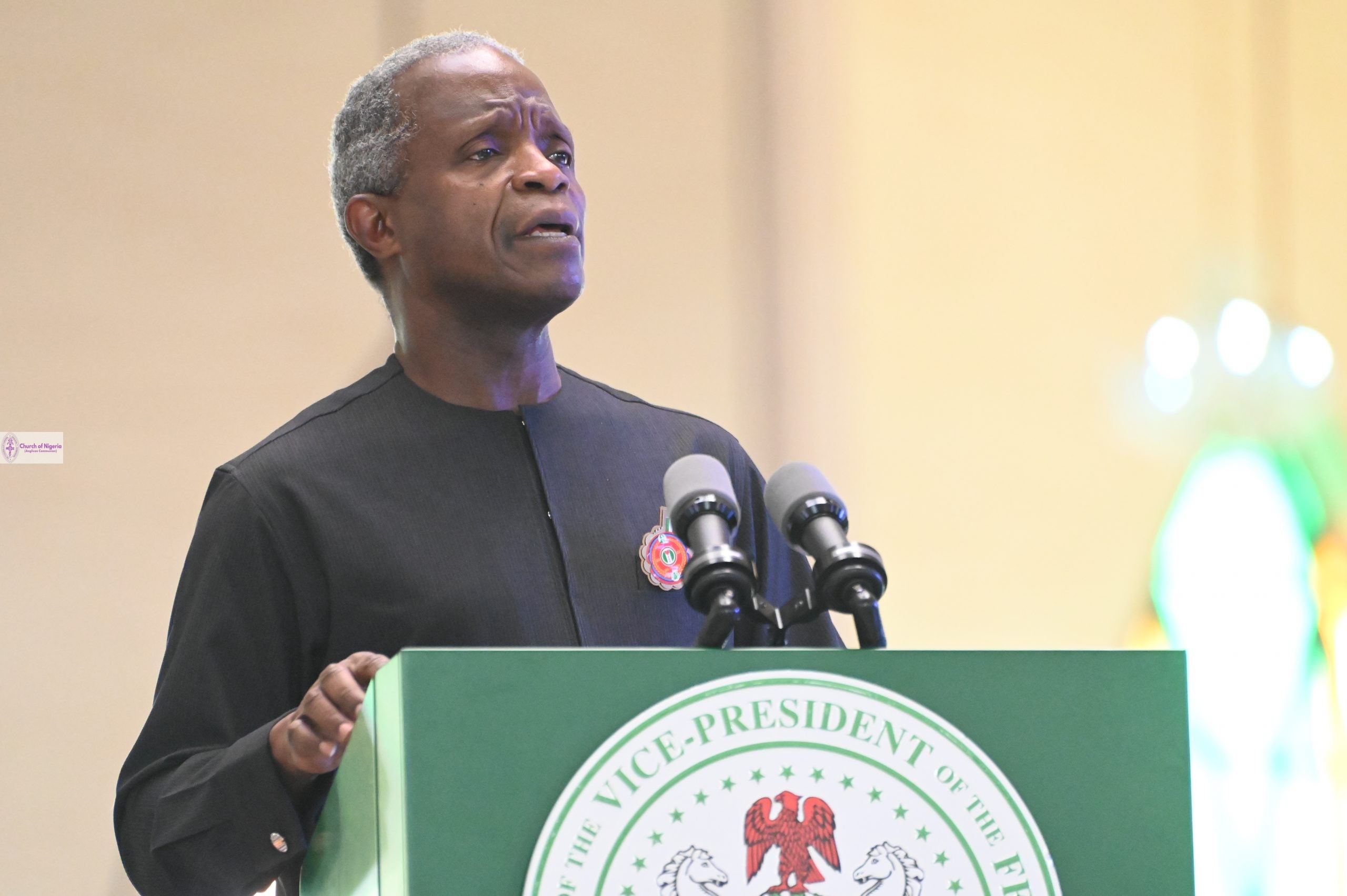 The Vice President of the Federal Republic of Nigeria, Yemi Osinbajo, has challenged Christians to stand for what is right, stand for the truth of the Bible and to put into practice exactly what Jesus Christ has Instructed them to do according to the distinct Christian Lifestyle.

Osinbajo was speaking on Thursday 11th November, to the Church of Nigeria, Anglican Communion’s Divine Commonwealth Conference which held in Abuja, the Vice President challenged Christians to stand for peace, love and maintain the integrity of the faith as was handed over to the Church by the early Church fathers. He asked the Church to be steadfast and courageous in fighting the good fight of faith. Taking the example of Paul who ‘was a terrorist’ and who stood as a witness as Stephen was martyred in Acts of the Apostles, the Vice President said the Church must carry on with the faith that has transformed a sinner into a saint, the antagonist of the Church into a protagonist of the Church.

Osinbajo congratulated the Anglican Communion for initiating and sustaining the Divine Conference and challenged the Church to continue work assiduously in transforming the nation. The responsibility of transforming the nation is the Church’s, he reiterated. Osinbajo called on the Church to focus on truth and build the Church with the scripture rather than the popular gospels that focus on what people can get rather than making sacrifices for the gospel to reach the lost with the salvation of Christ.