Pastors under pressure in Northern Nigeria 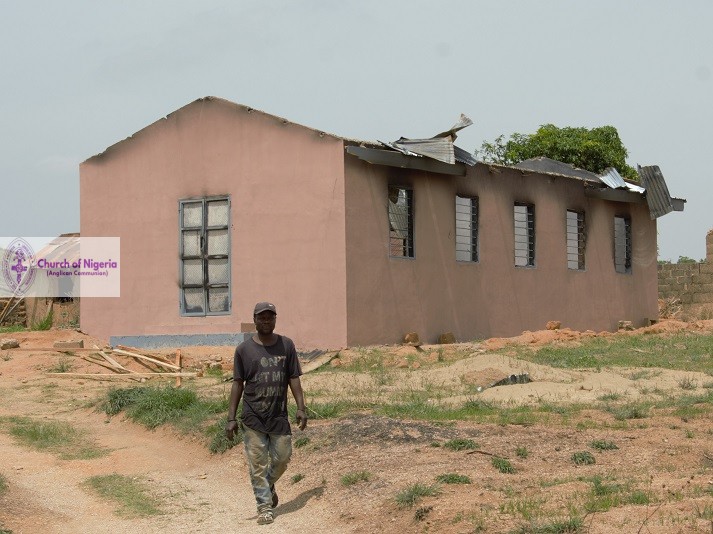 Nigeria’s president plays down the jihad against Christians as an ethnic ‘clash.’

I received a phone call several years ago saying that someone had found my wallet, and I could pick it up at an abandoned racetrack. I don’t carry a wallet. Shortly thereafter, while investigating a story about a massacre of Christians in the Middle Belt of Nigeria, I saw a charcoal message emblazoned on a wall: “Hassan, we know about you and will meet you one day.” A Muslim friend confirmed that Boko Haram had put a bounty of $700 on my head. Such is life for a pastor in modern Nigeria.

Nigerian Christianity is under siege from radical Islam. The country’s importance to Africa, and to Christianity as a whole, makes this siege particularly noteworthy. With a population of nearly 200 million—about 50% Christian, 40% Muslim and 10% animist—by 2050 Nigeria will become the third most populous country in the world, the United Nations estimates. No wonder Nigeria has been a strategic target for radical Islamists for several decades.

Boko Haram, a radical Islamic movement whose name roughly translates to “Western education is forbidden,” has ramped up attacks on Christians this year. Since 2009 when Boko Haram began its rampage, about 20,000 Nigerians have been hacked with machetes or shot. Two million have been displaced. Pastors and their families have been specifically targeted for death.

The government’s response has deepened Christian frustrations. President Muhammadu Buhari, a Muslim, describes the violence as “clashes” between Fulani tribesmen and farmers, who are mostly Christian. But many Christians, who often become refugees, believe the government is telling the world what it wants to hear, that this has nothing to do with religion. Yet why are all the attackers Boko Haram? And why do they target Christians? We sense that Muslims generally are killed as collateral damage, not as primary targets.

In 2010 I started reporting about these attacks for a popular radio show in Nigeria and then for CNN. By 2012 people started calling me whenever there was an attack around Jos, a city in the Middle Belt, the region where the majority of attacks were occurring. I am often the first reporter on the scene of an attack. I have come to the scene of over 100 massacres, one time finding 500 mutilated bodies.

Pastors in northern and central Nigeria face daunting pressures. Some conduct funerals almost every week for victims, often in mass burials. They struggle to answer their parishioners’ questions about God’s love and justice. They hear powerful voices dismiss this as an ethnic clash, but they understand it is a strategic scorched-earth war, a jihad against Christianity.

Because of this desperate situation, I have organized apologetics seminars for pastors. We meet secretly. Our meetings are announced by cellphone only an hour before, lest our venue be discovered by secret police. To protect against informers, we invite only those pastors who are recommended by another reliable pastor. Twice we have had to cancel at the last minute because of a suicide bomber. Boko Haram has used dozens of young girls as suicide bombers. How can we make sense of this to our flocks?

We use five approaches to talk about God and evil. First, we explain that God made us free to love or hate him. Without that freedom there would be no love. Second, life does not end on this earth. Third, God is just. Someday there will be judgment, and no evildoer will get away with the evil he has done. Fourth, God is love. That can be hard to believe in this evil time unless we look at Jesus’ cross. There God himself suffered at the hands of evil men, and because of it love was released for the whole world. Fifth, we listen to testimonies of pastors and other Christians who saw the manifest presence of God in the midst of suffering and were transformed.

Our seminars have gone well, energizing those who attend and giving many the confidence to die for their faith. But they shouldn’t have to. The Nigerian government should better use its military and police to protect the lives of all citizens. It should see that Nigeria’s courts give speedy justice to the victims of these massacres. And they should be guaranteed safe return to their ruined homes to rebuild their lives. Americans can help by asking Congress and President Trump to pressure President Buhari to do better.

Mr. John is an Anglican priest and journalist.