PARTNERSHIP BETWEEN THE CLERGY AND LAITY IS WITHOUT ALTERNATIVE, FOR CHURCH GROWTH – BISHOP IKEAKOR 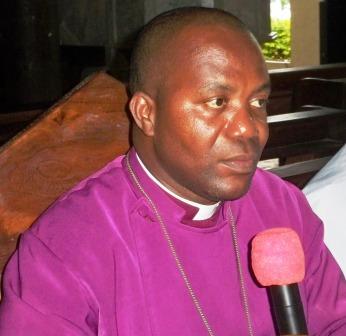 The Anglican Diocese of Amichi has ended its 2nd Session of the 4th Synod with the theme, “Rediscovering and harnessing the ministry of the laity for holistic and effective Church growth in the Anglican Church.”

The Diocesan, the Rt. Rev Ephraim Ikeakor while delivering his Bishop’s charge held at the Cathedral Church of St. Andrews, Amichi, Nnewi South LGA in Anambra state emphasized that “any Church with passive laity is a potential pass away Church and any Church without a functional laity is without doubt, a malfunctioning Church.”

He said, “Right from the time of the first man, Adam, the success or failure of the laity in carrying out God’s divine project has always determined the success or failure of God’s divine project and that the ministry of lay people has been at the centre stage of God’s mission, mandate and ministry, spanning from the Old Testament to the New Testament.” He therefore termed it unfortunate that the ministry of the laity is on serious decline in the Anglican Church as a result of the ordained seeing the laity as rivals in the Church and as such, refusing to provide ample platform for them to function; and the laity becoming so apathetic that they see themselves as observers and passive recipients of directives from the clergy. He explained that this acceptance of the laity as passive participants in Church ministry has caused the Church to flounder in vibrancy, complementary ministry and comprehensive productiveness.

Bishop Ikeakor observed that the laity in the Anglican Church has been designated as passive participants in Church ministry and administration, whereas the Clergy are seen as the sole administrators and active drivers of Church ministry. This, he said should not be, because the Church of Jesus Christ in the Bible was fully laity driven, laity organized and laity grown, with the champions of the Church being lay men.

Bishop Ikeakor concluded on the theme with a call for the leadership of the Anglican Church to return to the board of meticulous and aggressive teaching, catechising and disciplining on Churchmanship and Church stewarding; stressing that a holistic Church growth is only true when there is growth in all the aspects of the Church. No Church member is without spiritual gifts and therefore, these gifts must be fanned to flame, and utilized for the holistic growth of the Church, he said.

On the state of the nation, the Bishop said Nigeria needs both prayers and action; because according to him, there is need for sober reflection and critical action regarding the elevated status of an ethnic group in Nigeria and the subjugation of other ethnic groups. He called on President Muhammadu Buhari to commence the herculean task of successful image laundering of himself as far as his anti corruption war and integrity in governance are concerned and described the Nigeria of the people’s dreams as a nation that is, “morally upright, technologically developed, educationally functional, socially viable and equitable, a politically and ideologically, and infrastructurally branded nation.”