Lest we forget … Marriage is honourable!  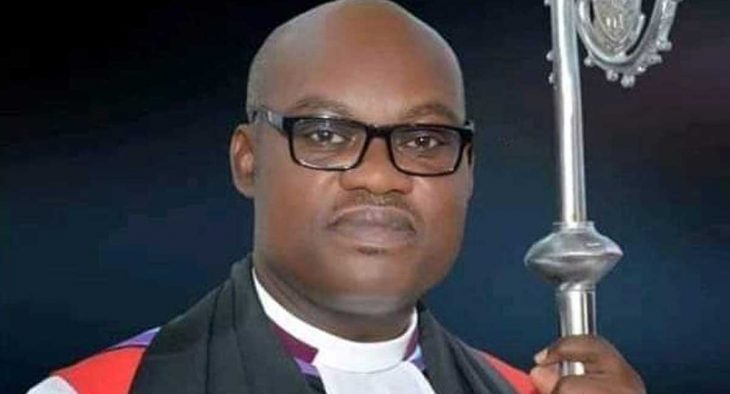 Whether from the immature announcements of marriage breakups on Instagram or the most recent discussion of domestic violence, the marriage institution has come under severe scrutiny and bashing of late. The untimely and most unfortunate death of the gospel singer, Osinachi Nwachukwu, in a questionable marital relationships and domestic violence attributed to her husband has caused tongues to wag. In the process, so much, has been said to the extent that some suggested that marriage should be broken at the slightest suspicion of abuse. Some have even ignorantly said that “for better for worse” or “until death do us part” are not from the Bible, failing to recognise that the Book of Common Prayer from which it was taken was crafted on biblical teaching. They argue, therefore, that everyone should be free to write their own vows. What a world of confusion it would be!

Now, let it be known that we do not support or encourage abuses of any kind in marriage; not the least because we know that violence, wife or husband beating was not part of God’s design for marriage. No! Marriage is an honourable institution. And the letter to the Hebrews says: “Let marriage be held in honour by all, and the marriage bed undefiled,” Heb. 13:4. This is sacrosanct, and God’s word cannot be broken.

The matter of domestic violence that we are now talking about is a reflection of the failure of the society as a whole. We have failed to do “what we ought to have done. We have done what we ought not to have done,” as the BCP says, and “there is no health in us.” The failure is due to a number of factors.

• Preparation for marriage in church and society is grossly inadequate if not totally lacking. Many immature young men and women who go into marriage today, not understanding what the institution is all about. Some think it is about sex, while for some it is just about making babies. It is not an institution for boys and girls, but for people of opposite sex who are ready to go to school, change, and grow. There are some grown-up males and females in marriage whose minds are not grown. They are infants, lacking in their understanding of true love and marriage. Such will continue to cause the kind of embarrassment we have been talking about in Nigeria in recent times. The Church, family, and society must ask more questions on what it does to prepare people for marriage. Marriage is not just about sex or baby-making; it is for the mature who know what they are going into. It is for the matured minds that recognise that it is an honourable estate instituted by God and for which Christ honoured with his presence at Cana of Galilee.

• Marriage is sometimes built on the availability of money and the desire to share it. The ostentatious display of wealth and opulence in some wedding ceremonies and marriages sometimes shows us where the emphasis of some people are.

Many times, some ladies have said, “although this man cannot manage his anger in courtship, I will manage him, he is good and caring; he is very generous with money.” Surely, I suggest that such is an indication that the couple is marrying for the wrong reasons, and one day that anger can lead to the bastardisation of the woman if not her death. It is unless the anger has been dealt with, the real reason for going to marriage is critically reviewed and understood with a clear commitment to the ideals of it, that the value of marriage as an institution could be restored.

• That marriage as just between two people to the exclusion of the support of the family, church and society, is wrong and needs to be revisited. Many couples suffer under this, keeping to themselves even what ought to be shared for appropriate support to be offered. While it is true that couples deserve a degree of independence on how they run their homes, to the exclusion of the interference of the mother-in-law, the African context is not a place where you live alone.

• You exist only in relation to others, families, friends, and the whole community. So, it is a tragedy to say that marriage, an honourable estate, has suddenly become a context for breeding killer husbands and wives!
The Rt. Rev. Dr. Stephen Ayodeji Fagbemi is the Bishop of Owo Diocese and the former General Secretary of the Church of Nigeria

Where were the extended family members, the church authorities, and community leaders when the wife or husband was suffering from domestic violence until it finally graduated to death? Terribly sad! This is sinful! This is unfortunate!

• The role of verbal abuse must be examined critically, as anyone can suffer from this — either of the spouses. And when this is not dealt with, the effect could be catastrophic. In an honourable estate of marriage, no spouse is allowed or authorised to exercise uncontrollable tongues to the point of rubbishing each other. This is the most dishonourable act in an honourable estate. Couples must be warned, and the Church and friends and the society as a whole should assist them to deal with this vice.

• The abdication of the role of society, the church, and families has largely contributed to the mess that we are witnessing today. The Church, the families, and responsible members of the community or society must be recognised to be respectable enough to command confidence to offer support to couples and rise up to help and intervene in difficult marriages, so that marriage can be rescued. In fact, a combination of elders from both church or religious context and family or community should be constituted to listen and help decide the way forward when it comes to rescuing a spouse from a difficult marriage characterised by domestic violence.

Finally, divorce is not the option, as is being canvassed in some quarters now. Marriage is for life and not for a season. We all have a responsibility to renew our commitment to its ideals. We must determine now to celebrate marriage, not a wedding, and recognise that it is hard work and honourable as a divine institution. For either of the couple to abuse each other is a sin and the family, church, and nation must wake up and rediscover their responsibilities to make marriage what it ought to be; an honourable estate devoid of verbal and physical abuse or violence, but where love and virtues are held in high honour.  It is an honourable estate for mature and honourable men and women.

The 21st Century African Society must rediscover it, especially by revisiting the foundational issues about marriage. It is not for boys or girls, but for the mature and understanding who are ready to learn good things and unlearn bad habits. Marriage is honourable.

• The Rt. Rev. Dr. Stephen Ayodeji Fagbemi is the Bishop of Owo Diocese and the former General Secretary of the Church of Nigeria