From the Empty Tomb to Today’s Abuse: Believe Women 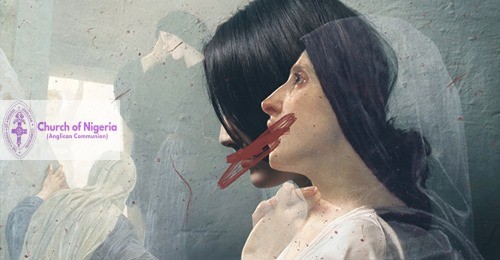 I was an RZIM apologist. Trusting female sources is key to Christian witness.

The central facts of the Christian faith were all primarily witnessed by women.

Jesus was “conceived by the Holy Spirit, born of the Virgin Mary,” as the Apostles’ Creed says, and the Incarnation was witnessed first and foremost by Mary, his mother. Jesus “suffered under Pontius Pilate, was crucified, died, and was buried.” The Atonement was witnessed in all four Gospels primarily by Jesus’ female followers. Then, “on the third day he rose again.” The resurrection of Christ was also witnessed in all four Gospels by women.

If we don’t believe women, then we have to dismiss the eyewitnesses to the Incarnation, Atonement, and Resurrection. If we won’t listen, we don’t have access to the evidence for the central truths of the Christian faith.

“Believe women” has become the contested slogan of the Me Too movement. I know what happens if we don’t. In the past few months I have been living in the eye of a storm of trauma, dismay, and profound grief as new allegations of abuse have battered the apologetics organization I previously served with, Ravi Zacharias International Ministries. Revelations of Ravi Zacharias’s abuse of multiple women are horrendous, and the catastrophic fallout of his wretched duplicity has impacted so many.

But back in 2017, when Lori Anne Thompson came forward with her testimony about sexual abuse at Ravi’s hands, she was not believed. I could rehearse in detail what happened internally, in the global organization, including how some women in the organization did raise serious questions about Ravi’s explanations and were misled, pressured, and persuaded to accept the official narrative. I have apologized unreservedly to Lori Anne and her husband, Brad, and I do so here again publicly.

Devastating consequences flowed from people not listening to the testimony of a woman—consequences I witnessed and endured firsthand, even as I have had to examine and confess my own complicity. It is against this backdrop that the phrase “believe women” has taken on a new potency for me.

As a follower of Jesus, it saddens me that the church seems no better than the world in this regard. Far too often, women are not believed. Renowned psychologist and abuse expert Diane Langberg points out that “across studies the rates of false accusations run between 3 and 9 percent.” Yet time and again, women who come forward with testimony are not believed.

We know it wasn’t easier to believe women in Jesus’ day than our own. In the ancient world, women’s testimony was not valued. Josephus, the first-century Jewish writer, wrote, “But let not the testimony of women be admitted, on account of the levity and boldness of their sex.” This was the mindset of the era. Yet at the center of the historic claims of the Christian faith, the testimony of women asks for admission.

This matters. Faith in Christ is not wish fulfillment or cultural superstition; it is rooted in history. If it matters that these things actually happened, it is also hugely significant that women played such a prominent role in observing and then testifying to these events. If we believe the gospel accounts about Jesus of Nazareth, we will need to listen to the female witnesses that they rely so heavily upon.

Women such as Mary Magdalene, Joanna, Susanna, and others were central to Jesus’ life and ministry. They supported him out of their means (Luke 8:2–3), they were close to him at almost every important moment in his ministry, and they recalled the details of their experiences to those who would listen.

It is apparent that the four gospel accounts intentionally reflect the specifics of the women’s testimony. The testimony about the risen Christ, in fact, was different because it came from women.

First, it was personal. When Mary Magdalene says, “I have seen the Lord!” (John 20:18), she is declaring a fact from the truth of her own experience.

Second, the testimony was detailed. The women went to Joseph of Arimathea’s tomb as he was burying Jesus, and they saw “how his body was laid in it” (Luke 23:55).

Third, their testimony was self-deprecating. They relayed to the gospel writers that they were “trembling and bewildered” (Mark 16:8).

Fourth, the female witnesses to Jesus’ resurrection were also humble and honest. They freely said what they didn’t know. “They have taken the Lord out of the tomb,” Mary Magdalene told Peter, “and we don’t know where they have put him” (John 20:2).

Fifth, their testimony was steadfast in the face of skepticism. The women who followed Jesus knew what it was like to tell their story and not be believed, for Luke tells us the men “did not believe the women” (Luke 24:11).

Finally, they were genuinely fearful and yet joyful. When they witnessed the evidence of the Resurrection, “the women hurried away from the tomb, afraid yet filled with joy” (Matt. 28:8).

That gives us important insights into what testimony about the risen Christ should be like today too. Perhaps our Christian witness could more consciously follow this pattern demonstrated by Jesus’ female followers. Could we be more personal, detailed, self-deprecating, and humble in our apologetics? Might we also learn from the women in the Gospels and better prepare ourselves and others for the common experiences of being rejected or feeling fearful as we share Christ in this world?

It seems clear that “believe women,” as we learn from Scripture, might mean something pretty profound for humble, personal, joyful evangelism and apologetics today.

And so we are left with this question: What will we do with the testimony and witness of the women who have passed on to us the story of the incarnation of God, his atoning death, and his resurrection? If Jesus died on a Roman cross as those women testified, and if he offers all people forgiveness through his sacrifice there, will we receive it? If those same women found his tomb empty on the third day, it is worth considering the implications of his triumph over death in our own lives and communities.

What will we—men and women—do with the women’s testimony about Jesus? Will we believe those women and call for others to do the same?

“Believe women” is an Easter message, without a doubt.

Amy Orr-Ewing is President of The Oxford Centre for Christian Apologetics and author of numerous books, including her most recent, “Where Is God in All the Suffering?”