DISASTERS, BLOODSHED, MAN’S INHUMANITY… NOTWITHSTANDING, FAITHFULNESS IN CHRIST IS THE PANACEA – BISHOP MOGEKWU 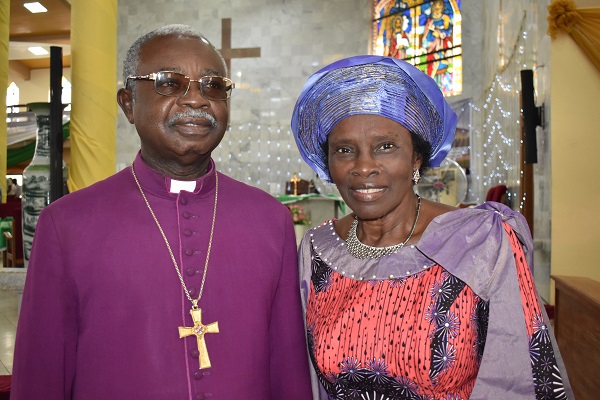 The Rt. Rev. Justus Mogekwu, the Bishop of Asaba Diocese and host of this year’s Standing Committee Meeting, in his welcome address, described the theme, “Fight the Good Fight of Faith,” as most apt and relevant given the dire circumstances in the world today. He said with the ever-increasing natural disasters, bloodshed and man’s inhumanity to man; and with earth’s resources being overstretched and God’s patience with a wicked world wearing thin, it is up to the faithful in Christ to lift up the banner of Jesus Christ, for He is man’s only hope for survival.

He welcomed the Primate of all Nigeria and his wife, the House of Bishops and Laity and other delegates from the Church of Nigeria, Anglican Communion; and gave a brief history of how the diocese of Asaba was formed.

According to him, “Today, Christianity is the most endangered faith in the world-even in the former so-called Christian countries of Europe and America. But Christians who are soldiers of Christ, must keep up the battle till the strife is won.”

He appreciated the Governor of Delta State, Senator Ifeanyi Okowa, the Primate and wife, Archbishop Imaekhai and wife and all the local committees involved in the organization of the Standing Committee meeting.