DIOCESE OF ABUJA RECORDS ANOTHER MILESTONE, WITH THE ESTABLISHMENT OF ANGLICAN INTERNATIONAL ACADEMY 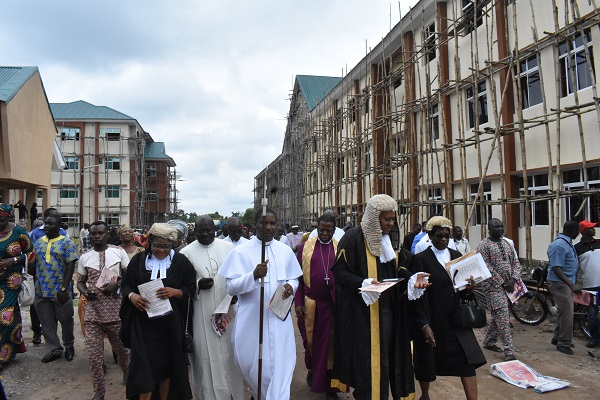 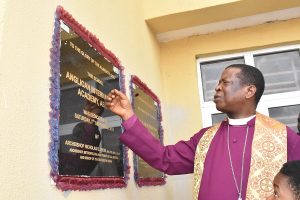 To raise godly children, trained for Jesus and the society; and to produce boys and girls who are full of integrity and honour and who understand the dignity of labour is, according to the Primate of all Nigeria Anglican Communion, the Most Rev. Dr Nicholas D. Okoh, the reason for the establishment of the Anglican International Academy, Zhidu, Abuja. 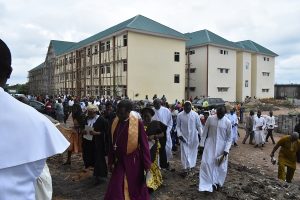 The Primate, who is also the Bishop of Abuja diocese made this known at the dedication of the school, which is situated at Plot 3, Cadastral Zone C00, Zhidu District, FCT, Abuja. After the dedication of the buildings in the school compound, which comprised of the boys hostel, girls hostel, vice principal’s apartment, principal’s residence, generator house, security house, administrative block, principal’s office, classroom block, and dining hall, the cleric thanked God for all that had been achieved thus far. He pointed out that the need for the diocese to establish another school came as a result of the fact that there was no boarding secondary school, like the Anglican Girls Grammar School that was established for girls, for teenage boys who are Anglicans. Hence, according to him, the school was initially registered as the Anglican Boys Grammar School before it was later modified to be a co-educational outfit for both boys and girls and named, “the Anglican International Academy Limited” on the 22nd of April, 2015. 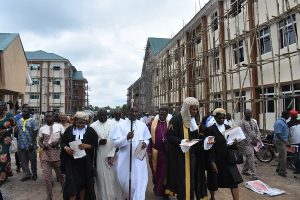 Primate Okoh mentioned that so far over One Billion Naira had gone into the acquisition of the land, getting the necessary paperwork from the government- both for the land and for the establishment of a school, and the development of the land; thanking God that no loan was taken from any bank and no one was being owed any money. He appreciated the families, Churches and individuals who contributed and continue to contribute towards ensuring that all is put in place at the school before its official resumption. But, also urged them to continue to support the school as the work being done there is still ongoing. 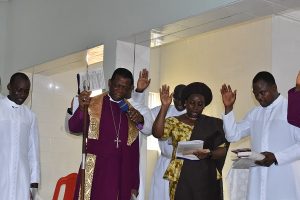 Describing the role of the Church, the Primate said the Church is not a building, but the Christians who occupy the building. He emphasized that Christians are the temple of God and therefore, they must realize that they have been called to be the Church of God. He appealed to all who will work as administrative staff at the school to be honest in all their dealings and not entertain sentiments; because dishonesty, mischief and terrorizing of the children either physically, emotionally or spiritually will not be tolerated.

In an interview with the press, the head of the Anglican Church in Nigeria stressed that the law will be enforced if any crime is committed at the school, because the Church is determined to improve and to continue improving. 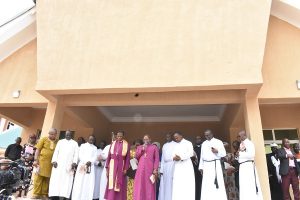 The Anglican International Academy is “for the provision of quality faith based education to the boys and girls of the Anglican order in the Diocese of Abuja (Anglican Communion) and beyond and in accordance with the rites and doctrines of the Church of Nigeria (Anglican Communion) and universal best educational practices.” Having received the necessary approvals and as divinely inspired, the school has commenced the admission of students in Junior Secondary School (JSS 1) level only. Its resumption date is Saturday, September 14, 2019.