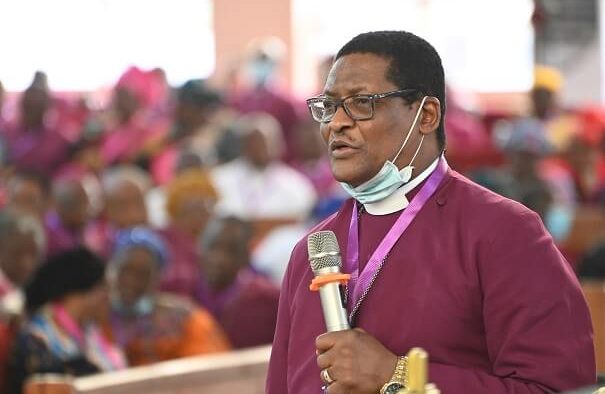 Primate of the Church of Nigeria (Anglican Communion) and former Bishop of Gombe Diocese, Most Rev. Dr. Henry Ndukuba has been conferred with an honorary award by the Christian Pentecostal Fellowship of Nigeria/Pentecostal Fellowship of Nigeria (CPFN/PFN), Gombe State Chapter in recognition of his meritorious service to the church and humanity. Also honoured by CPFN/PFN, alongside the Primate was the Deputy Governor of Gombe State, Dr. Manasseh Daniel Jatau.

The CPFN/PFN, which is a bloc of the Christian Association of Nigeria, said that the recipients had distinguished themselves by making immense contributions to the political, socio-economic and religious developments of the country in various undiluted capacities and at different levels and that the award was to acknowledge and commend their endeavours, and by so doing, also encourage other Christians to diligently seek God and make him centre of their lives despite disturbing developments.

The Chairman of the body, Gombe Chapter, Rev. Thomas Ejiniyi who extolled the virtues of the duo, commended their integrity and dedication to the growth of the church. The Gombe State Chairman of the Christian Association of Nigeria (CAN), Rev. Father Joseph Alphonsus Shinga, also applauded the awardees, while congratulating the new Executive Council of the CPFN/PFN, Gombe, which was also inaugurated on the occasion.

Speaking on behalf of the recipients, Dr. Jatau said that the awards would motivate them to render more services to humanity in Gombe State and the country at large. He said that State Governor Muhammadu Inuwa Yahaya and his entire administration acknowledge the role of religion and prayers of the faithful in the state, which has manifested in the peaceful coexistence and overall development of the society.

Jatau stressed the need for Christians to live according to Christian virtues of unity and peace and love for all irrespective of any form of difference.

Bishop Charles Okonkwo, who spoke on the theme, “The Power of Unification,” admonished the congregation to imbibe the spirit of unity irrespective of denominational differences for the church to fulfil the mind of Jesus on unity, which says, “that they may be one.”