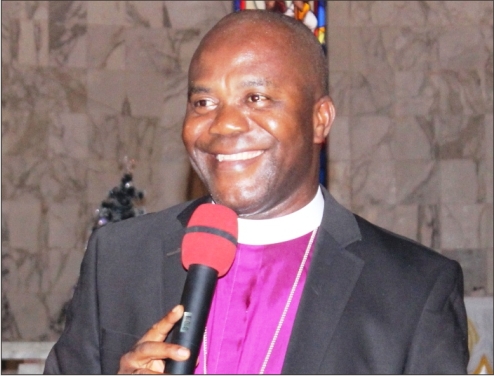 Bishop the Diocese of Amichi, Church of Nigeria (Anglican Communion), Anambra State, Rt. Reverend Ephraim Okechukwu Ikeakor, has called on Christians to prepare for God’s kingdom, stressing that the place is only meant for those who are adequately prepared for the second coming of Jesus Christ.

Citing Matthew 25, Ikeakor noted that the 10 virgins prepared themselves for the purpose of entering the feast, but unfortunately, not all of them made it because some were not adequately prepared.

The bishop, who spoke at the burial service of the late Mrs. Nwamaka Ewenike, wife of the Vicar of the Church of the Holy Spirit, Akwaihedi, Nnewi South Local Council of Anambra State, Rev. Canon Festus Ewenike, said that there was a sudden cry at midnight and only those that were ready at the point that went in for the feast.

Ikeakor said: “At the point of eternity decision, your last tide determines your destination. All the virgins kept themselves as virgins in preparation for the kingdom. But some were wise and others were foolish.”

The cleric, who likened the 10 virgins to the church, urged Christians to learn from the foolish virgins who fell asleep and lost consciousness of watching and praying.

Lamenting the erroneous teachings now trending, Ikeakor said: “It is while men slept that tares are planted by the enemy. Five of the virgins were described as foolish because they were not conscious of the fact that they were in the midst of foes as to watch. They were not watchful. Many Christians are like them; they are not watchful. They started well, but today, carelessness has crept in their lives and they are giving heeds to new teachings, which seek to distort the word of God to suit men’s desires.”

At St. Stephen’s Anglican Church, Osumenyi, where the service took place, the bishop who condoled the bereaved, described the deceased as one of the finest church workers in the diocese, saying that she knew her work as a clergy’s wife and health officer.

He stressed that it is not how long one lived that matters, but how well, adding that Jesus died at 33 years and yet said: “It is finished.” He admonished the bereaved to bear the loss because God knows best.

According to him: “What God does not allow, does not happen. There are mysteries and puzzles that cannot be understood here. But despite the painfulness of the situation, it is not the worst. Festus, calm down, the worst has not happened.”

The late Mrs. Ewenike, 34, was a nurse at the Diocesan Hospital, and a lecturer at the College of Nursing, both at Amichi.